«I am Alexandra, I am 21 years old and I am from Kent, in the southeast of England.

I came to Spain in September to be a Language Assistant, for the school year, as part of the Erasmus+ programme.

I am a university student and I attend the University of Essex, England. When I am in England my routines vary from day to day. However, normally, I have classes from 10am until 2pm and then I go home, have lunch and then I do my homework. On some days during the week, I see my friends and my boyfriend but only when I don’t have too much work to do. On the weekend I like to relax and I normally go out with my friends but if I have too much work to do, I do that instead of going out.

In the future, I want to travel and visit more countries outside of Europe. I am not sure what I want to do for work but I think that I would like to be a teacher.» 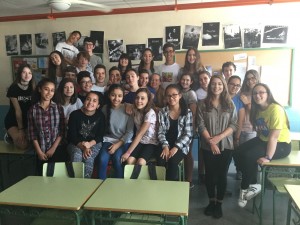 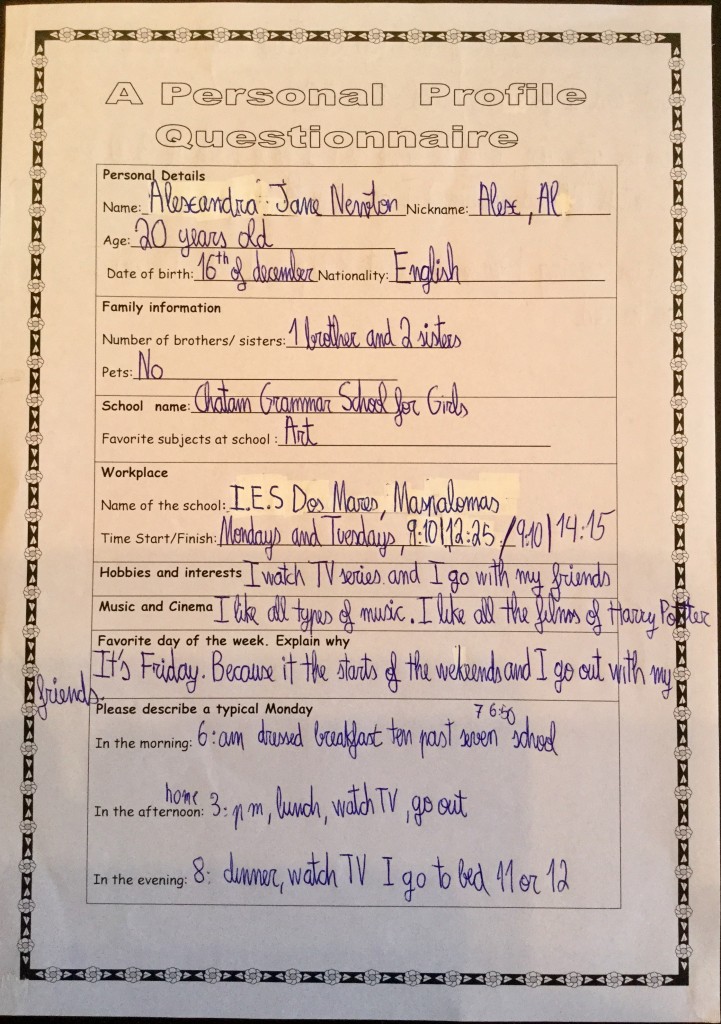 I am Tatyana, an Auxiliar de Conversación in IES Dos Mares of the school year 2018-2019. I come from Canada. My hometown is Vancouver, which is the city on the west coast of Canada, in the province of British Columbia. The city of Vancouver is washed by the Pacific Ocean and surrounded by many mountains, which makes the climate mild and the temperatures moderate all the year round. That provides Vancouverites and guests of the city with plenty of outdoor opportunities. My favourite hobbies are all the outdoor activities – hiking, biking, skiing, skating and swimming. I also practice salsa dancing, yoga and aerobics. Although my favourite hobby is travelling, I have already visited over 40 countries and always dreamed of coming to Spain.

And here I am, in Lo Pagan, Murcia, Spain ! Coming here was both a great excitement and a huge change in my life, as the pueblo lifestyle of Lo Pagan is quite different from that of a big city. I started working in IES Dos Mares in October and from the first day felt very welcome in the school and comfortable among both the staff and students. It has been a challenging and rewarding experience for me being an Auxiliar de Conversación in this school. Before I used to teach only general English, while in the Instituto here we also have special subjects as Music, Technology, History, Geography, Philosophy and Math in English, which allows students to immerse into the bilingual program and learn the language deeper.

All in all, I have been enjoying my Auxiliar program in Dos Mares, and would like to wish the school prosperity and further development in the future. 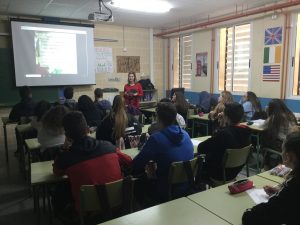 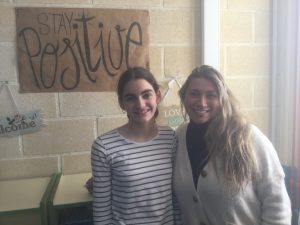 «This year Serena came from the USA to help us with English.

Her full name is Serena Ruggiero, she is 22 and she was born on the 16th of October 1997. Serena lives in new York, her nationality is American but her grandparents come from Italy, for that reason her surname. She studied in Oswego, and her job is teaching to other people how to speak English, that´s so cool.

Maybe you want to know how she spends her time, well she does a lot of things. I can tell you a few of this list:

Serena was in a lot of places because she adores travelling and going on adventures. She visited: Mexico, Antigua, Spain, Florida, Canada, Bermuda and so many other places.

Serena has a favourite book called «The outsiders» by S.E. Hinton, it is a drama. She read this book when she was 14 in 8th grade. This book was obligatory, but she enjoyed a lot. They published house is Viking Press and they published this book in 1967.

It´s about social and the differences between the lower class and the rich class. The big problem started when one guy killed another one from the other gang and they had to escape.

Serena recommends the book a lot because it´s very easy to read. it´s a great book for teens.

Serena admires Abraham Lincoln so much. He was born in February on the 12th of  1809.

Abraham Lincoln was born in Kentucky, he lived with his mom and dad. When he was young his father lost everthing they they moved to Indiana. At teh age of 9 Abe´s mom died.

Abraham was the 16th president of the USA. He was the leader of the North part during the Civil War. he helped to keep it as an only one country. He pushed for abolishment of slavery throughout the country»